Aircraft Control in the Airbus A320: 1G, the Auto-trim and Stability 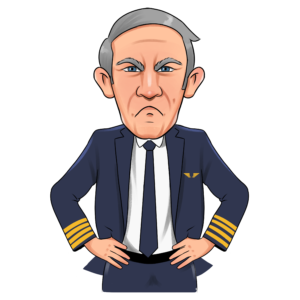 Join us as we take a look at how the A320’s Autotrim helps to achieve some of Airbus’ central design goals.

1G and the Airbus A320 Sidestick

If you fly the Airbus A320, it’s important to understand that stick-free, the flight control computers will maintain flight at 1G, relative to the earth, and automatically correct for speed, thrust and atmospheric disturbances.

That’s an important concept, so to make sure it sinks in, I’m going to repeat it for you.

In this lesson, we’ll try to figure out how the A320 achieves 1G flight, and why it does so.

Let’s start by looking at the A320’s automatic pitch trim.

Unlike a conventional aircraft, trim on the A320 is completely automatic.

As you can see in the illustration below, the auto-trim function works by moving the Trimmable Horizontal Stabiliser (THS). 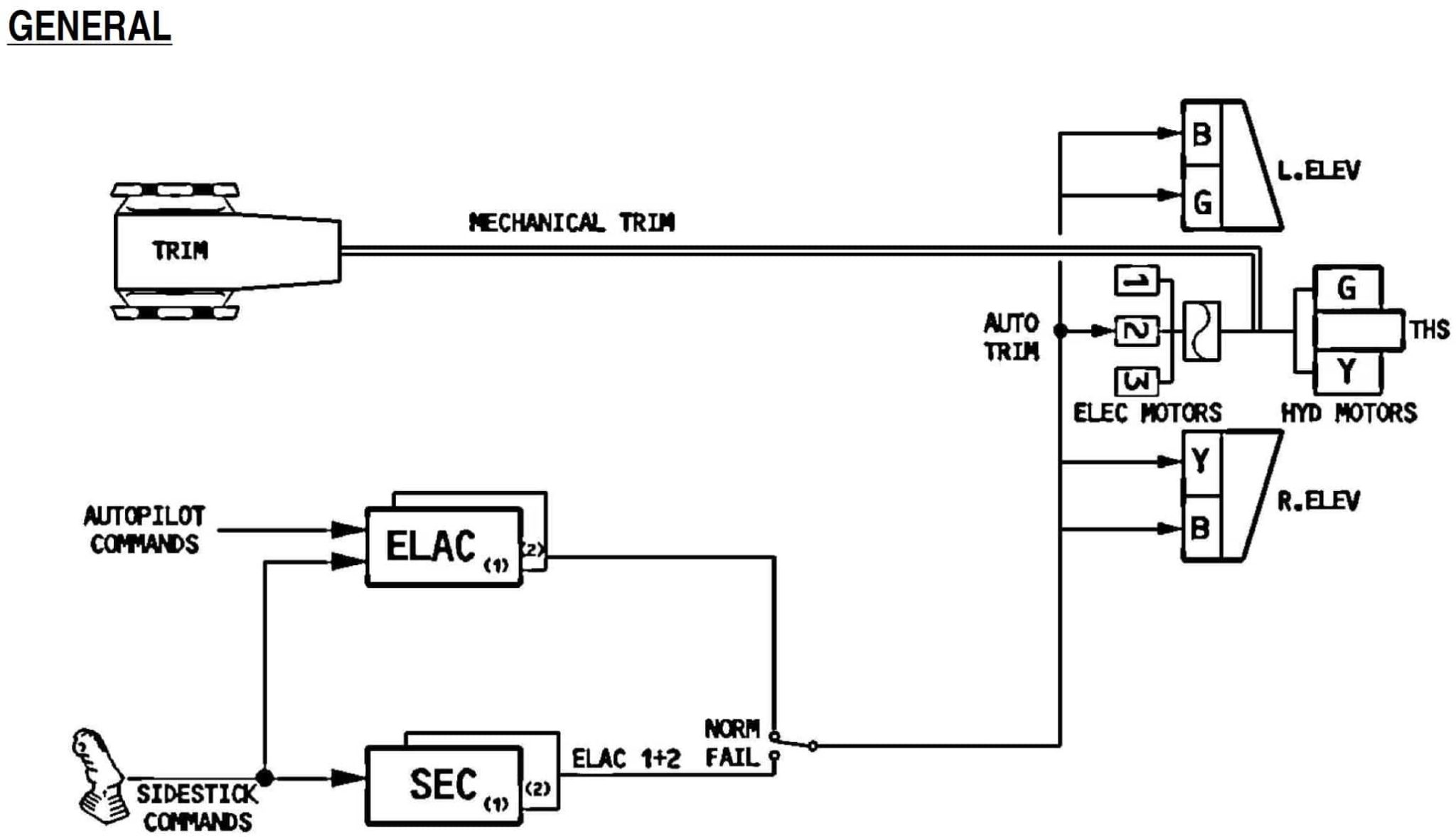 A Quick Look Behind the Scenes

In the illustration above, you can see that when you (or the autopilot) make a stick input in pitch, your order is sent to the ELACs, when all is normal or to the SECs, when things are not so normal.

These computers then move the elevators to command the pitch rate/G-loading that you requested.

Almost immediately after the elevators are moved, the auto-trim will begin trimming the trimmable horizontal stabiliser or THS.

The illustration above clearly shows that the ELACs and SECs control the elevators and the auto-trim function.

Eventually, this results in a neutral elevator.

If you’re a new A320 pilot you not immediately understand the importance of a neutral elevator.

See, keeping the elevator in a neutral position allows it to maintain its full available range of deflection.

See, as already mentioned, when we make a pitch change in the A320, we are initially deflecting the elevators.

t’s this elevator deflection that initiates the pitch change.

If we didn’t trim the stabiliser, the elevator deflection would have to be held, which is not only uncomfortable, but if the elevator was already near the limit of its allowable range, you could find yourself in a situation where you’ve run out of elevator to use.

In other words, you could find yourself in a situation in which you did not have enough elevator range left to further change the pitch.

Trimming the stabiliser allows the elevator to move to a neutral position, reduces drag and gives the elevator full authority to act over its entire range. 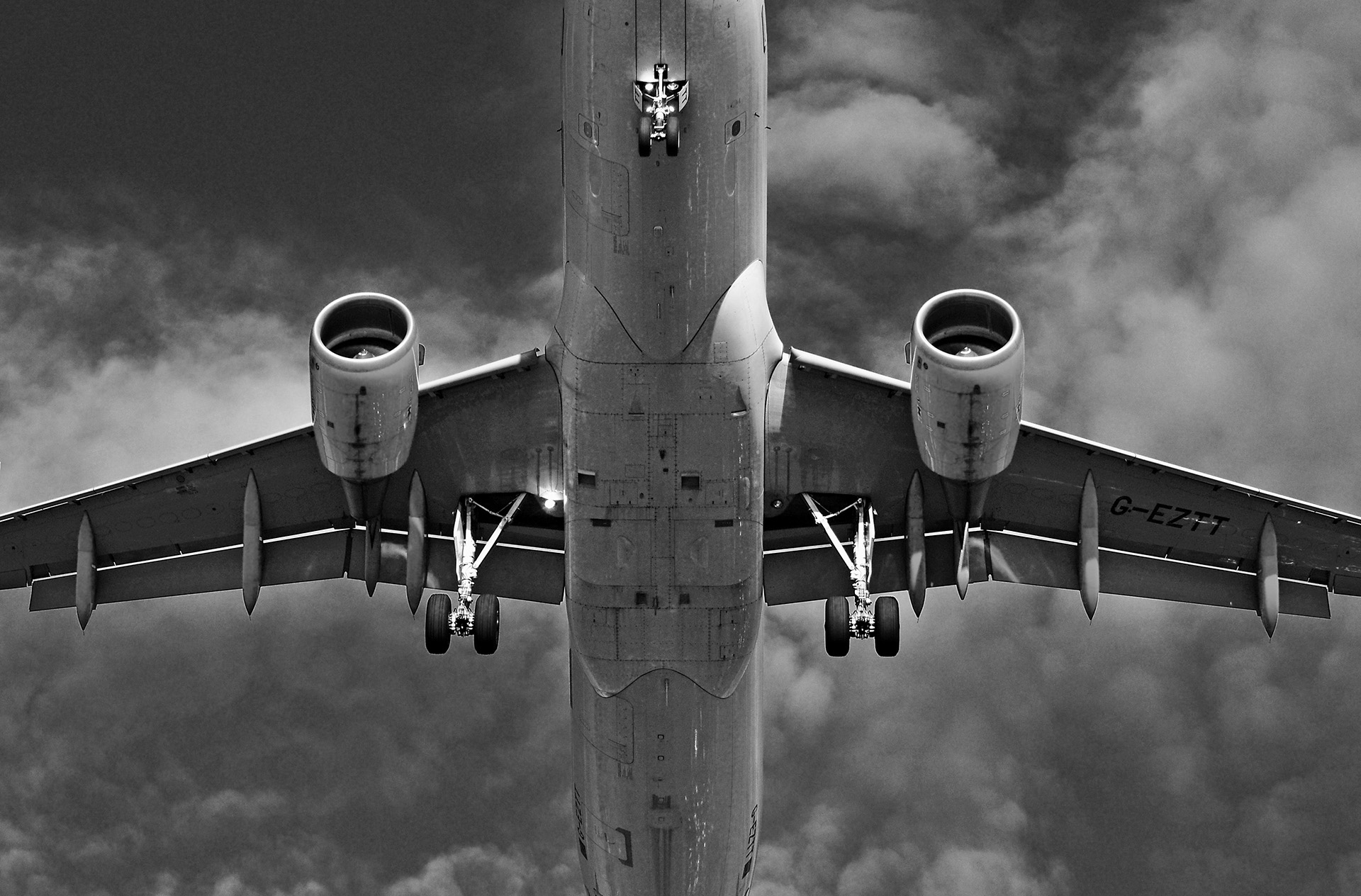 In addition to helping maintain a neutral elevator position, the auto-trim also makes the A320 incredibly easy to fly in pitch because it is always trimming the aircraft for you.

You can simply point the nose wherever you want to go and then let go of the stick.

The aircraft’s nose will stay right where you left it because it’s being auto-trimmed and stick-free, the control laws will maintain flight at 1G.

Because the auto-trim operates continuously and automatically, the A320 can deal with changes in speed and thrust, as well as cope with atmospheric turbulence, all stick-free.

However, keep in mind that while it is fast, it’s not instantaneous, and so may not be able to immediately compensate for fast changes in thrust and/or speed.

Equally important to understand is that the movement of the trim wheel is silent and largely outside your peripheral view, so it’s easy to forget that it’s always happening.

A great way to really understand this is to rest your hand on the RMP/ACP so that your knuckles are resting lightly, against the trim wheel.

From this position, it’s easy to feel the trim wheel’s movement which can help you develop an awareness of how often and how much the trim wheel moves.

Give it a try the next time you’re flying or in the sim as it will likely surprise you! 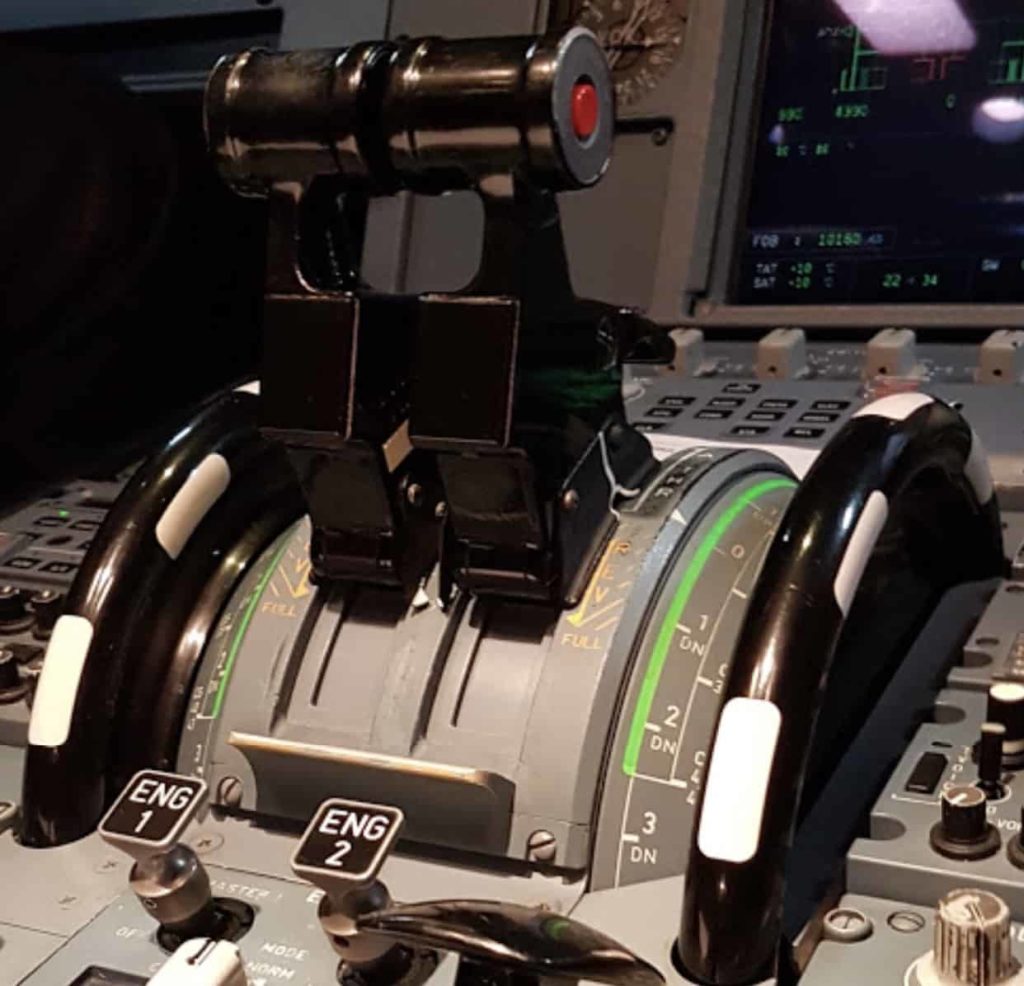 Aircraft Stability and the Auto-trim

While the auto-trim is aerodynamically efficient and allows the full range of the elevator to be available at all times, it does have some interesting ramifications for the Airbus pilot.

Remember how we talked about the speed stability of a conventional aircraft.

To more clearly explain this, let’s imagine a conventional aircraft flying at 10,000’ at a speed of 250 knots.

The aircraft is in trim.If we pull the thrust slowly back to idle, and take our hands off the controls, the aircraft will pitch down.

This pitch down is due to the natural stability of the aircraft which is a function of the CG being forward of the Center of Lift.

As the speed increases above 250 knots, the extra lift will cause it to pitch up.

As it pitches up, it will now lose some speed and lift and this will eventually cause it to pitch down again.

These oscillations will continue and become smaller and smaller until the aircraft once again stabilises at its trim speed of 250 knots.

Since there is no thrust, this will mean the aircraft will be descending.

Now, let’s see how the A320 will react in the same situation.

When we slowly pull the thrust off the A320, the flight control computers will immediately sense the change in G loading.

The computers will then command some elevator to maintain the stick-free 1 G flight.

The auto-trim will start trimming the stabiliser so that the elevator remains as neutral as possible and the aircraft will do it’s best to maintain 1G flight, which in this case is a level flight path.

Without thrust, the speed will begin to decay, but even so, the auto-trim will continue to trim the aircraft to maintain 1G flight.

In fact it will continue to trim the aircraft all the way back until the speed gets dangerously slow.

This makes the A320 very easy to fly, but gives it a very different stability profile.

The Airbus A320's different stability profile is one reason why Airbus designers needed to program rules that protect the aircraft at both ends of the speed scale. 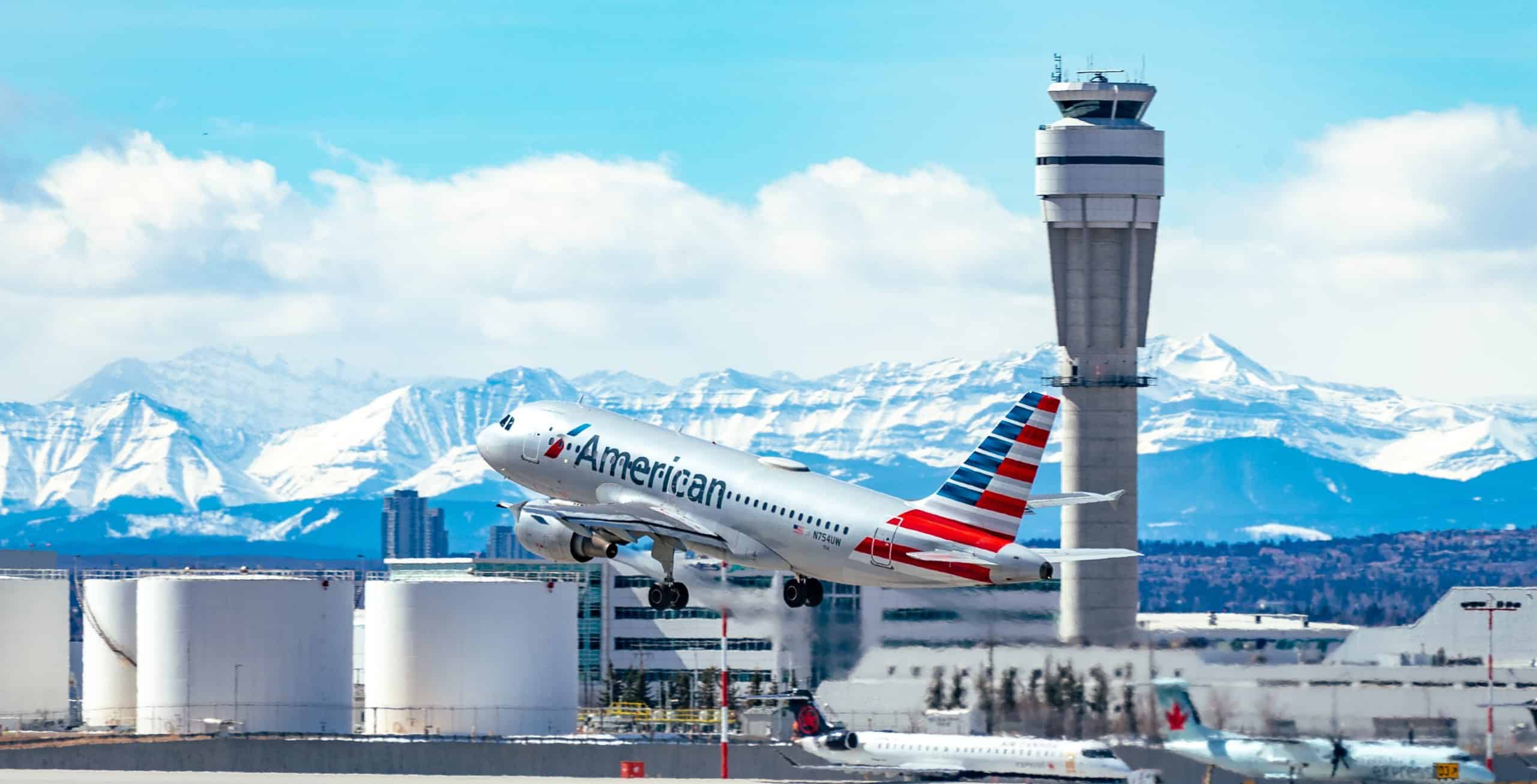 So, there you go.

By now, you should have a slightly better idea of how the Autotrim system works and impacts the design goals and stability of the A320.

I used to have an instructor that also made us feel the trim wheel and notice how often it was moving while we were flying. It really helped me to see what the trim was doing.